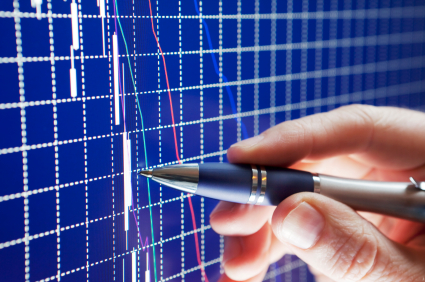 Timing the market for the best possible opportunity to lock a mortgage rate on a new loan is certainly a challenge, even for the professionals.

While there are several generic interest rate trend indicators online, the difference between what’s advertised and actually attainable can be influenced at any given moment by at least 50 different variables in the market, and with each individual loan approval scenario.

Outside of the borrower’s control, the mortgage rate marketplace is a dynamic, volatile, living and breathing animal.

Lenders set their rates every day based on the market activities of Mortgage Bonds, also known as Mortgage Backed Securities (MBS).

On volatile days, a lender might adjust their pricing anywhere from one to five times, depending on what’s taking place in the market.

In economics, inflation is a rise in the general level of prices of goods and services in an economy over a period of time.

When the price level rises, each unit of currency buys fewer goods and services; consequently, annual inflation is also an erosion in the purchasing power of money – a loss of real value in the internal medium of exchange and unit of account in the economy.

A chief measure of price inflation is the inflation rate, the annualized percentage change in a general price index (normally the Consumer Price Index) over time.

The contrary is also true; when inflation declines, rates decrease.

Public enemy #1 of all fixed income investments, inflation and the expectation of future inflation is a key indicator of how much investors will pay for mortgage bonds, and therefore how high or low current mortgage rates will be in the open market.

When an investor buys a bond, they receive a fixed percentage of the value of that bond as ‘coupon’ payments.

With MBS, an investor might buy a bond that pays 5%, which means for every $100 invested, they receive $5 in interest per year, usually divided up over 12 payments. For the buyer of a mortgage bond, that $5 coupon payment is worth more in the first year, because it can buy more today than it can in the future, due to inflation. When the markets read signals of increasing inflation, it tells bond investors that their future coupon payments will be less valuable by the time they receive them. So basically, this causes investors to demand higher rates for any new bonds they invest in.

As part of its 2008-2010 stimulus effort, the NY Fed spent almost all of its $1.25 trillion budget buying mortgage bonds. Many believe this strategy kept mortgage rates lower over a 15 month period.

The lending environment significantly changed between 2008, when the Fed began its mortgage bond purchasing program, and early 2010 when the market was left to survive on its own.

When the MBS purchase program was announced in November 2008, mortgage bonds reacted immediately and dramatically.

But at that time, there weren’t any investors willing to take a risk in buying mortgage bonds. The meltdown in the mortgage market and world economies lead many investors to shy away from the risks associated with MBS, which is why the Fed had to step in and basically assume the role as the sole investor of mortgage bonds.

However, loan underwriting guidelines drastically tightened up by 2010, which may create a little more confidence in the mortgage bond market.

Decreasing unemployment will suggest that mortgage rates will rise.

Typically, higher unemployment levels tend to result in lower inflation, which makes bonds safer and permits higher bond prices. For example, the unemployment rate in March 2010 was at 9.7%, just slightly below its highest mark in the current economic cycle.

Every month, the BLS releases the Nonfarm Payrolls (aka The Jobs Report) which tallies the number of jobs created or lost in the preceding month.

The previous report indicated a loss of 36,000 jobs. Not necessarily a number that will move the needle on the unemployment gauge, but some economists suggest we need about 125,000 new jobs each month just to keep pace with population growth. So that negative 36,000 is more like negative 161,000 jobs short of an improving unemployment picture.

One flaw to pay attention to with unemployment rates is that the method of surveying fails to capture part-time workers who desire full-time employment, discouraged job seekers who have taken time off from searching and other would-be workers who are not considered to be part of the labor force.

GDP, or Gross Domestic Product, is a measure of the economic output of the country.

The Federal Reserve slashes short-term rates when GDP slows to encourage people and businesses to borrow money. When GDP gets too hot, there might be too much money floating around, and inflation usually picks up. So high GDP ratings warn the market that interest rates will rise to keep inflation concerns in balance.

There are two major indicators that help provide more context:

1. Increases to worker productivity – employers are getting more work out of their current employees to avoid hiring new ones

2. Surges in inventory cycles – when the economy first started contracting, manufacturing slowed down to cut costs, and sales were made by liquidating inventory.

This is like a roller coaster cresting a hill, where one part of the train is going up, the other down. Eventually, the other side catches up, inventories are rebuilt by manufacturing more than is being sold. Both surges can throw off periodic reports of GDP.

Anything that the markets didn’t see coming causes uncertainty and panic. And when markets panic, money generally moves to stable investments (bonds), which brings rates lower. Mortgage bonds pick up some of that momentum.

Putting It All Together:

Economic data is reported daily, and some items have a greater tendency to be of concern to the market for mortgage rates. If you are involved in a real estate financing transaction, it’s helpful to be aware of these influences, or to rely upon the advice of a mortgage professional who is already dialed in.

How Are Mortgage Rates Determined?

Talk the Talk – Know the Mortgage Lingo at Closing